Reposting from The Daily Universe || Written by Karina Andrew

Provo became the first city in Utah to host a transgender pride festival on Saturday, Sept. 28. Hundreds of people with nontraditional gender identities gathered at Lions Park to celebrate their lives and unify as a community.

The festival featured profiles of transgender people from history and booths from local transgender and ally organizations.

Giles is the founder and president of Genderbands, the festival’s sponsoring organization. Giles said he’d been planning a transgender pride event since he founded Genderbands four years ago and that he chose Provo specifically because transgender people here might feel less connected with their community than in other areas. 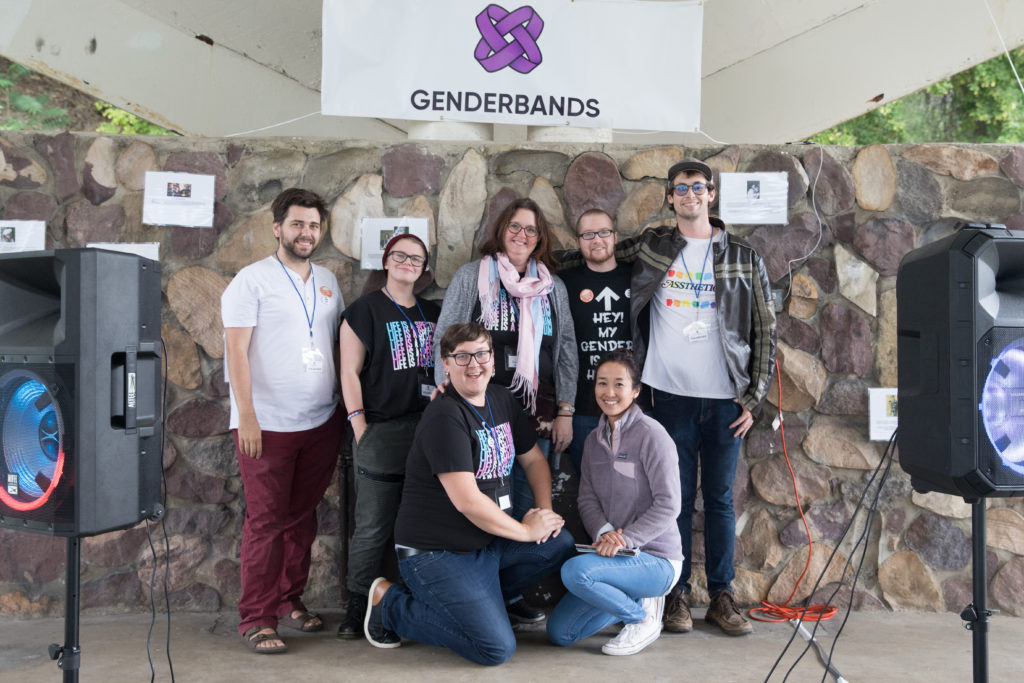 Giles, along with Genderbands board member D Porter, said transgender representation is lacking, even within the LGBT community.

“We’re trying to center the voices of individuals who don’t feel like Pride is a space for them,” Porter said. “We have always been here. Trans people have always existed.”

Porter added the organization wants transgender people to be seen and recognized by the cis-gender community without being dismissed as abnormal or inferior.

“We’re Utahns first, trans people second,” Porter said. “The truth is that trans people are no different than their cis counterparts.”

Kye Keller, a Utah County resident who recently came out as nonbinary, was one of more than 200 people who attended the Utah Transgender Pride festival. 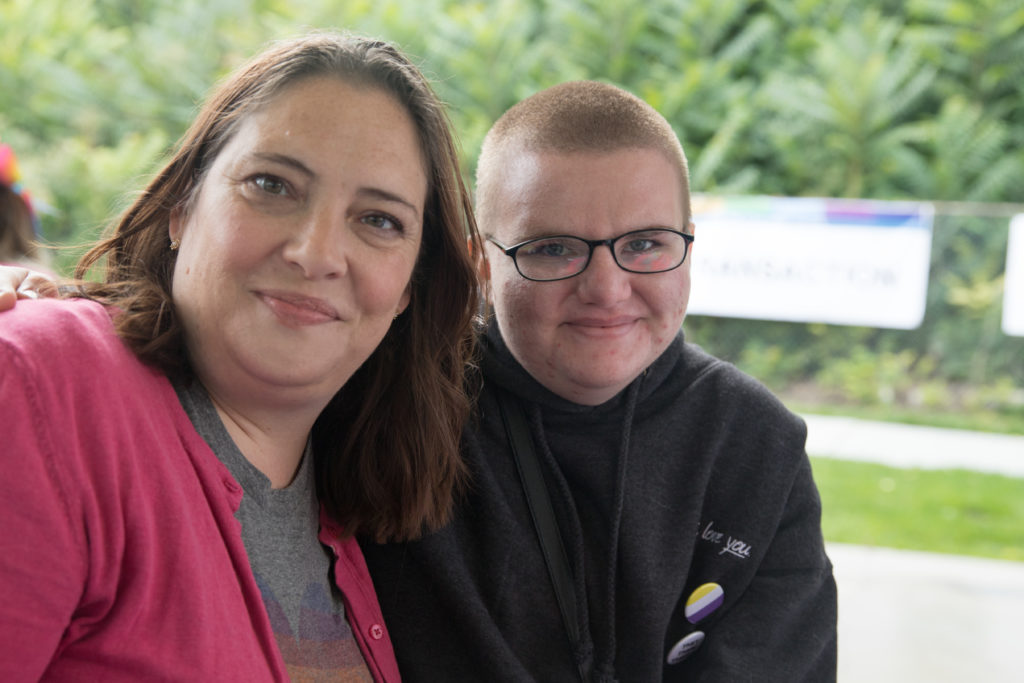 Summer Zemp, left, and Kye Keller discuss their experiences as an ally and a member of the transgender community, respectively. (Hannah Miner)

Cis-gender allies Lisa Dame and Summer Zemp discussed the importance of showing love to transgender people and other members of the LGBT community.

Zemp, a therapist with LGBT-focused Flourish Therapy, said people might feel inclined to dismiss transgender identities as a phase someone is going through. Though she warned against making this assumption, she acknowledged that it is normal and valid for a parent or friend to go through a grieving process as their loved one transitions to a new identity.

Dame is the vice president of Mama Dragons, a support group for mothers of LGBT children. For those looking to reconcile their support of their transgender friends with their faith, Dame advised, “Just love people and accept them as they are. We all want that. We all want to be seen for who we are.”